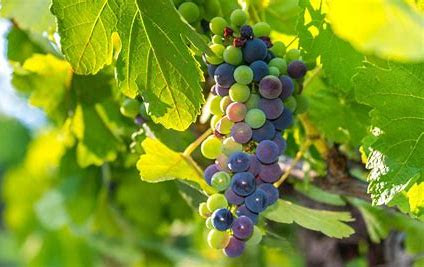 It's that time of year again!

As a longtime Rosé aficionado, I never expected the pink stuff would be as widely accepted as it currently is. Two recent experiences made this quite clear. The first, was at Napa’s Whole Food Market, where I noted there were more than fifty different producers on the shelves, from both foreign and domestic. Secondly, after that attention-getter, I browsed Wine.com, one of the more thorough Internet sources for wines of all types and provenance, to see what was currently available. You may not be surprised, but I was; there were 450 Rosés listed.

As you might expect, most of the offerings (170), came from France, with California in second place at 150, with Italy and Spain next with 21 each.  The tabulation continued down to Hungary and a couple other countries with one each.  Moreover, in addition to country, the web site also offered the following sort options for those looking for something quite specific: country subregion, specific vintage, latest price, recent rating, reviewer (if any), bottle size, kosher, and closure type.  (I did take advantage of the sort option and ordered four bottles from several Greek appellation and two from Italy.)

When I first started to enjoy the Pink stuff, one was lucky to find anything other than California’s White Zinfandel, or Portugal’s Lancers or Mateus, all of which were not the least bit dry; that is, not sweet.  But all of that changed when my wife and I got reality checks from France’s southern Rhone Valley, Provence, the Riviera, as well as all coastal towns along our way to the Atlantic coast. The various Rosés we enjoyed were fragrant, flavorsome, juicy and dry, which made them perfect for the casual, mostly outdoor, Bistro food we were gulping down.

Back home, in the hopes of passing on my new found awareness and enthusiasm, I began to write blog articles that covered most of the then most vital aspects of the stuff: how it was NOT made (blending red wines with white): how, in fact, it WAS made (direct press or bleed off juice ); how it tasted (dry, not sweet); how exceedingly food friendly it was; why it can and should be enjoyed year round; why it did NOT need  95+ ratings from critics; and that it was reasonably priced (particularly against Chardonnay).

Rosés from Provence have been, and are, the most widely available in the USA, and so far, have the best advertising and promotional programs. But that is changing as all winegrowers, foreign and domestic, have an interest in selling something today that was bottled yesterday. Spain has its Rosado, Italy has its Rosato, Germany has its Roséwein, Vin Gris is found in other French appellations, and Napa is awash with Pinot Noir based versions.

Provence’s Rosé style has been, for the most part, a light bodied, fruit forward, juicy quaff that typically provided the background music to light, alfresco fare; it was never intended to be center stage on the dining table.  Other than a quick swirl and sniff to ensure freshness and flavor, not much else has been asked of it.  Certainly, detailed tasting assessments were never part of the program. But that is changing.

In recent Decanter magazine articles, there are discussions as to which French appellation might emerge as the go-to source for more complex, age-worthy Rosés. Deeper and darker styles, as well as oak enhanced/matured versions are being introduced as “pale reds” to distinguish them from the care-free, not-so-cerebral style that was first out of the gate.

Italy, who I expect to give Provence a run for the money (as it did with Prosecco in the Sparkling wine niche), has a unique combination of regions/appellations, each with their own indigenous grapes. With the varying and unique color/aroma/flavor profiles that each possess, Italy will be able to weave a veritable spreadsheet of location/grape/wine options for you to pair with your food of choice.

Lastly, it’s that time of year, the food is not heavy, and the venue is often outdoors.  Permit me to suggest suspending your usual vino choices, and pick up a few Pinks from your local retailer. Uncork them at an upcoming lunch or dinner, and imagine you’re soaking up the sun on the French Riviera, the fabulous views from Italy’s Cinque Terre, or the historic beauty of Spain’s Andalucia. It’s the next best thing to being there.